FOCHO has commissioned a new piece of organ music from Thomas Hewitt Jones. The piece, entitled Exultatio, is a tribute to John Calderhead, City Organist of Dundee from 1970 to 1991 and latterly organist of Barnhill St Margaret’s Parish Church. FOCHO commissioned the piece after John’s death in April 2021, and it received its first performance at Gordon Stewart’s recital in the Caird Hall on 7 June 2022. Gordon also premiered Simon Lole’s Meditation on Annie Laurie which is dedicated to FOCHO. The photograph shows Gordon meeting members of John’s family after the recital. 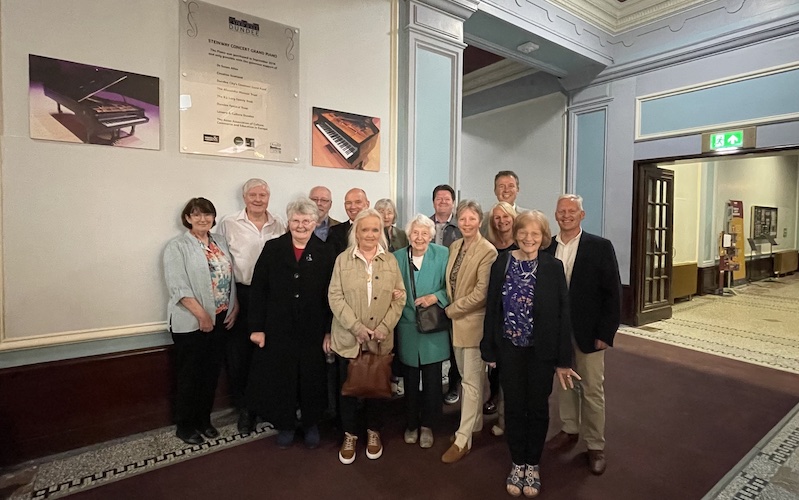